In this post, I’ll give my view on some of the most popular optimized keyboard layouts.

Note: when I talk about the Carpalx, I am talking specifically about the QGMLWY layout, one of the fully optimized layouts.

Quick disclosure: I have experience with Dvorak and Carpalx, and none whatsoever with Colemak and Workman. I’ve included the two later ones because they are popular and I have read a lot about them. 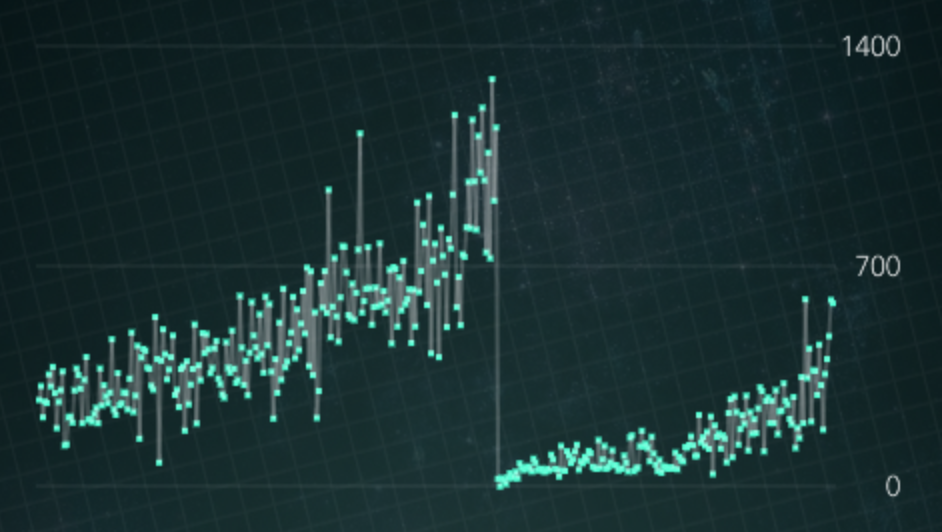 Some of my runs on zty.pe. The first cluster is with Dvorak, and the second with Carpalx. 700 roughly corresponds to 50 wpm, and 1400 to 70 wpm. So I was "fluent" in Dvorak, and I'm getting close with Carpalx.

Much better than AZERTY/QWERTY. With some downsides:

Those are all acceptable downsides, you can fix or get used to them. The big issue with Dvorak is that you can do better. At the very least, Colemak does better.

And subjectively, I can testify that Carpalx-QGMLWY does feel better than Dvorak.

Overall, Colemak is great. It is the popular alternative. It’s does well on both the performance side and the community side. It’s supported out of the box on many OSes.

Still, it does have some issues, and we can do slightly better (see QGMLWY VS COLEMAK).

Branded as “The Layout Designed with Hands in Mind”, it scores pretty well on the Carpalx benchmark, and the design has a lot of good assumptions (See section “Going Back to the Drawing Board” of the presentation page)

I cannot say more because I haven’t tried it.

The real deal. Feels great, super easy to learn (I’ve learned the mapping in two days). The key mapping is quite intuitive, because less frequently used keys are in less accessible spots, and all vowels are on the right side. And vowel-y consonants, such as H, are also on the left side.

Some words are slightly weird to type, but they are not numerous (eg: “function” is weird). And I don’t like the placement of the P too much. The sequence “pa” and “py” is awkward.

And another downside is that it is used by virtually nobody. No community around it.

But I don’t give a damn about that and I love it.

Overall, for newcomers my recommendation would be split between Colemak, maybe Wokman. (And maybe Norman is worth a look). 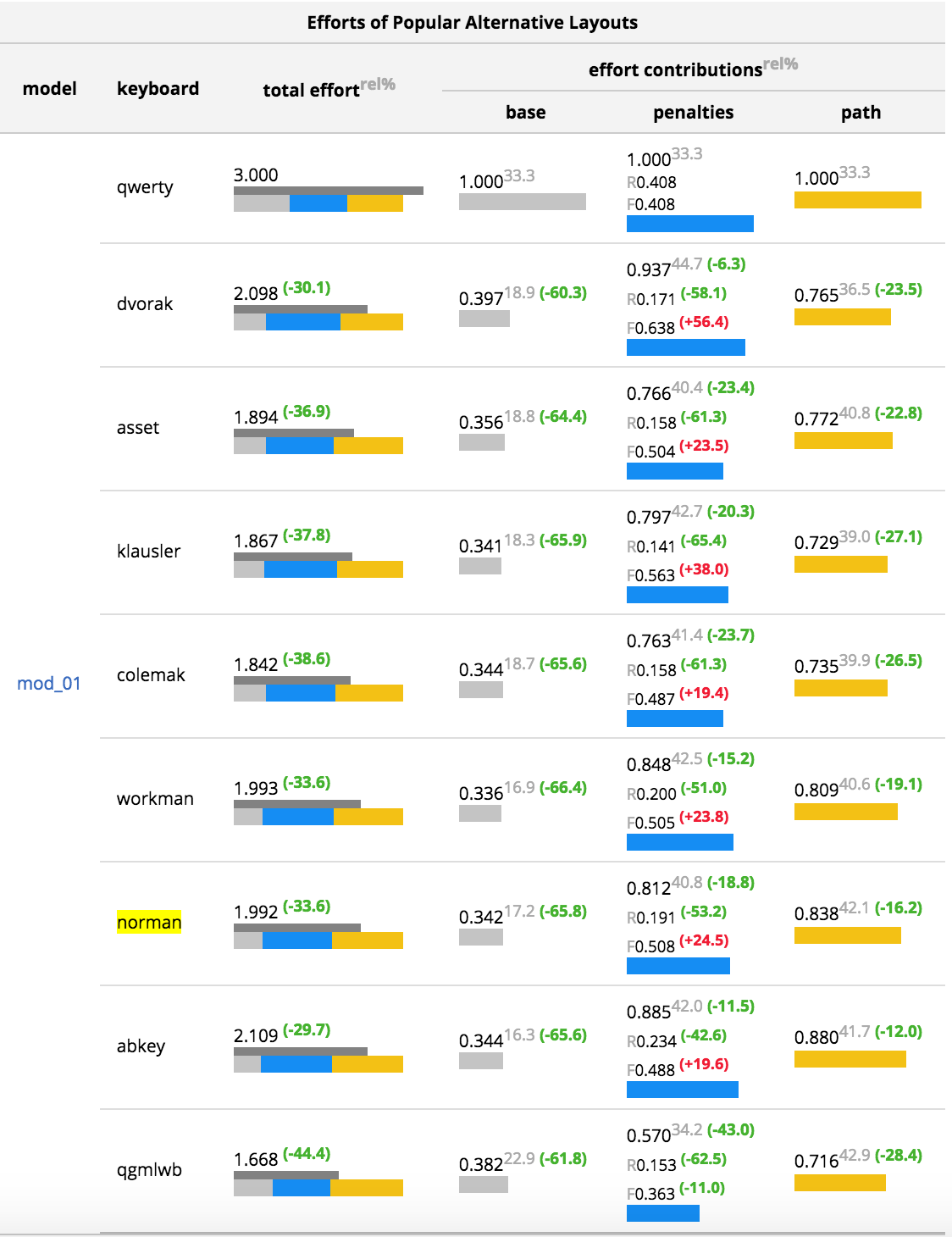